The cargo of trading goods which were loaded on board in Zeeland chiefly consisted of goods for West-Africa. Named ‘cargoson’, these goods were to be specifically used in Africa to trade for enslaved Africans, ivory and gold. In addition to this, The Unity also carried some privately commissioned goods destined for the Caribbean.

The cargo destined for Africa was put together with care, accommodated to demand. This demand differed per location – not just regarding different types of goods, but also their quality. The cargo included an array of textiles for example, all of differing quality. The captain was expected to be aware of the local demand, and was ordered by the board to put together the first concept cargo.

The ‘account of cargo goods’ is a list of all goods, including the quantities and prices. The list also shows how the goods were packed and shipped.

Most of the cargo was packed in 89 numbered chests, barrels and one pack.  The cargo, ordered by number, consisted of:

Weights and Measures in Middelburg

Many different local and regional weights and measures were in use in the Republic. Those mentioned above probably used Middelburg’s own system:

Other measures used in the ship’s inventory:

The Captain and First Mate: Merchants

The role of the captain was essential in putting together the cargo. Apart from his responsibilities of the ship, cargo and crew, the captain was also responsible for the all of the conducted trade. The cargo list was put together by him, on orders of the board.

Together with his first mate, the captain inspected the entire cargo on board in the last few days before departure. Both then signed the cargo list, which was added to the ship’s documents.

Throughout the voyage the captain and the first mate together kept track of the conducted trade. Which goods had left the ship?  Which goods and enslaved Africans were brought on board?  And where on the ship were the goods stored?  The reason for this arrangement was that should the captain pass away, the first mate would be capable of answering for the trade-accounts in detail. If the first mate failed to do so, he would forfeit his salaries. 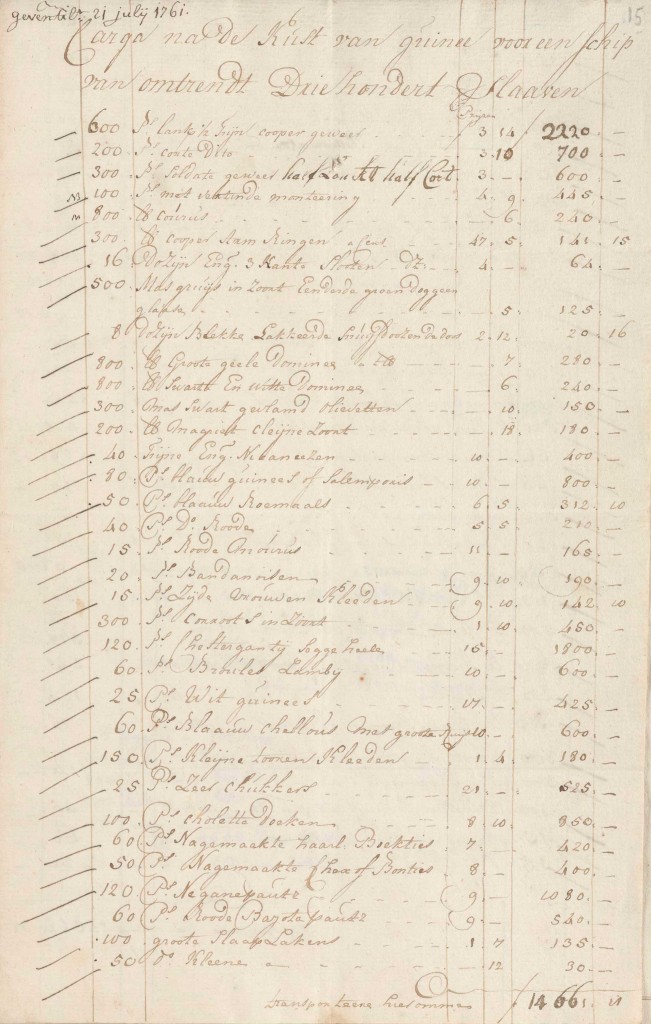 Concept cargo
First page of the concept cargo written by captain Jan Menkenveld on request by the directors of the MCC. Zeeland Archives, Archives of the MCC, inv.nr 389.2 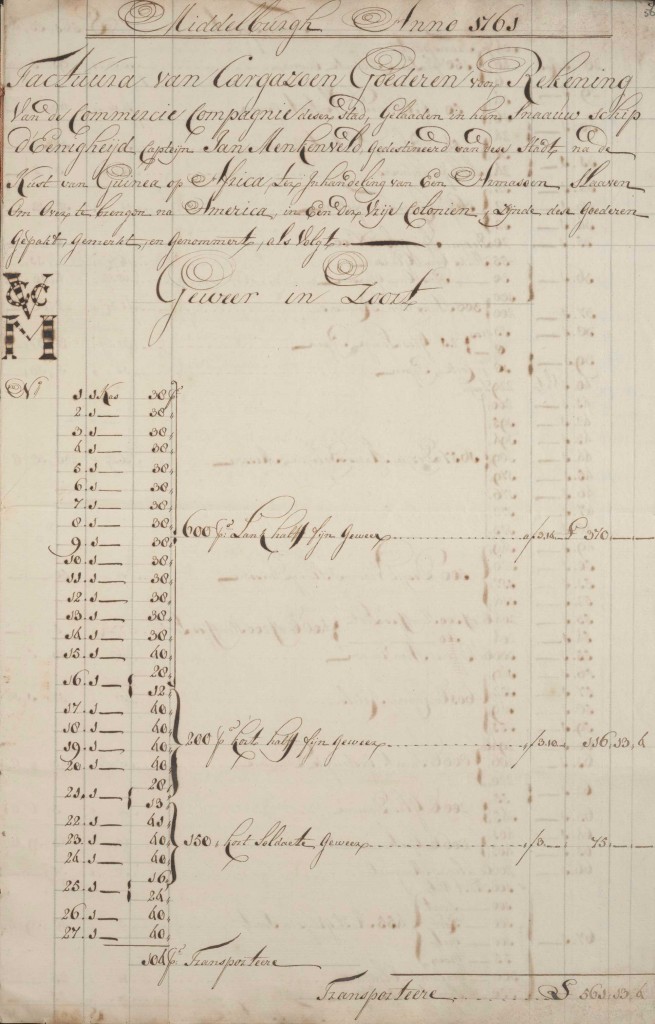 Cargo
First page of a list documenting all cargo exported by The Unity Zeeland Archives, Archives of the MCC, inv.nr 375.3