After spending 165 days in Guyana, The Unity began her voyage home on December 19th, 1762. At this point, the crew had been away from home for more than a year: 445 days, to be precise.

The ship’s sojourn in Guyana had taken even longer than that in West-Africa. This was mostly due to the return cargo. To maximize the profit of the voyage, the ship needed to collect a return cargo for its home port. The captain anticipated this via the terms of payment he fixed for the buyers of the enslaved Africans in Essequibo. They were to satisfy a portion of the payments in sugar or other plantation products.

These payments had given The Unity a return cargo of sugar, coffee beans and tobacco. The latter was packed in animal hides which could also be sold. In addition to this, The Unity had already purchased gold and ivory in West Africa. The vast majority of the return cargo, both in size and weight, was the sugar. 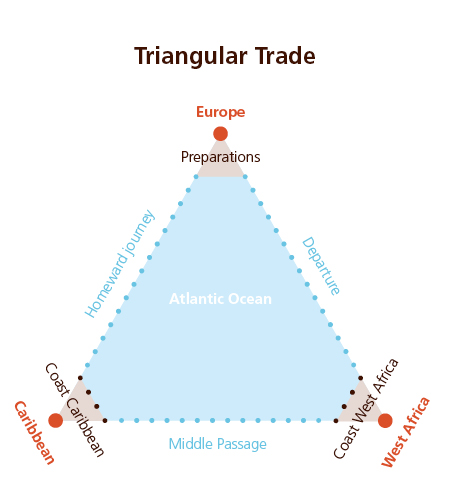