The most notorious part of a triangular voyage was the Middle Passage from Africa to America. Sailing for weeks on end without seeing land on such a small ship must have been agonizing: The Unity had a length of 22,50 meters (73,82 feet) and carried approximately 350 people.

On May 8, 1762 The Unity began her Middle Passage, more than a week later than initially planned by the captain. The delay was caused by a fatal accident while loading the water on board. One of the Africans who brought water to the ship had fallen prey to a shark.

When the Unity could finally depart it was filled to the brim: there were 319 enslaved Africans on board, 33 crew members, 42 large barrels of drinking water, supplies, and firewood and nearly 4000 Middelburg pounds of ivory. 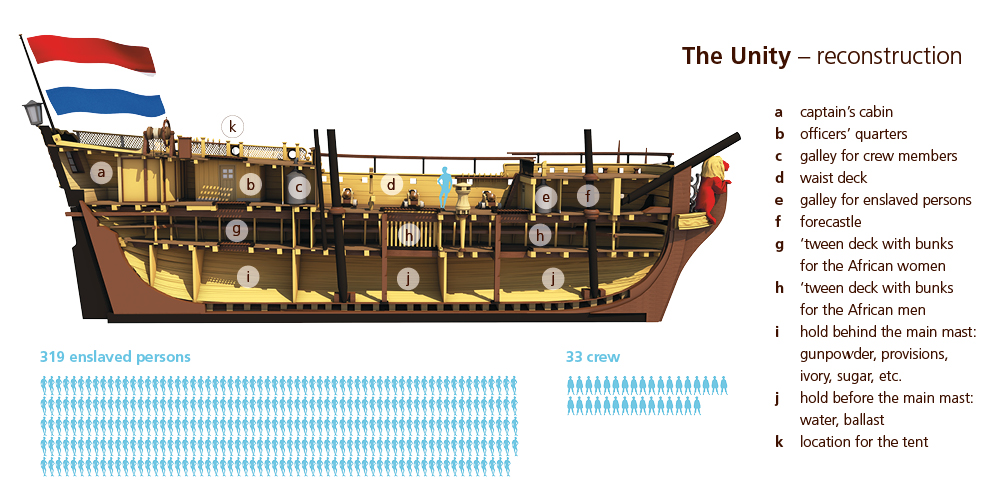 The voyage across the Atlantic Ocean took about two months. On June 25, 1762 a sailor looking out from the top of the mast first spotted land: ‘the coast of America’ had been reached. It had been a safe journey for the ship, but not for all the people on board. 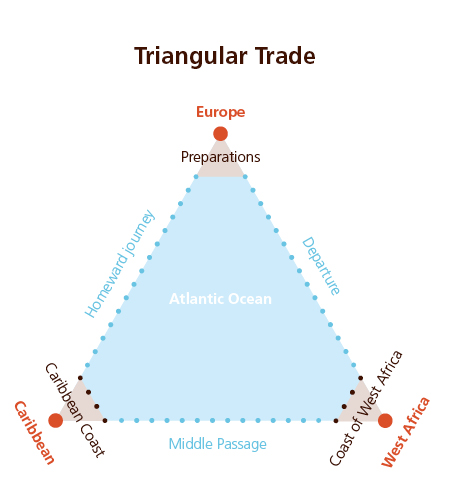 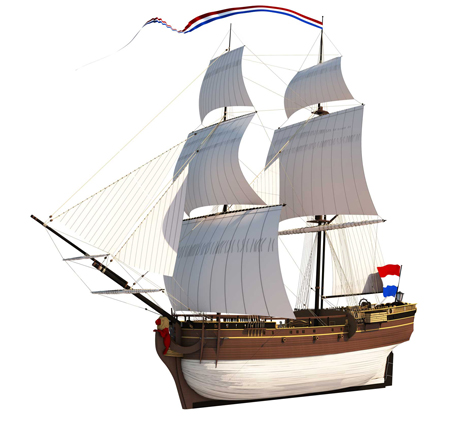