After August 10, 1762, the captain of The Unity could draw up the final balance of the overall trade: on that day he had sold his last enslaved African, a woman and her newborn child.

Proceeds of the Sale 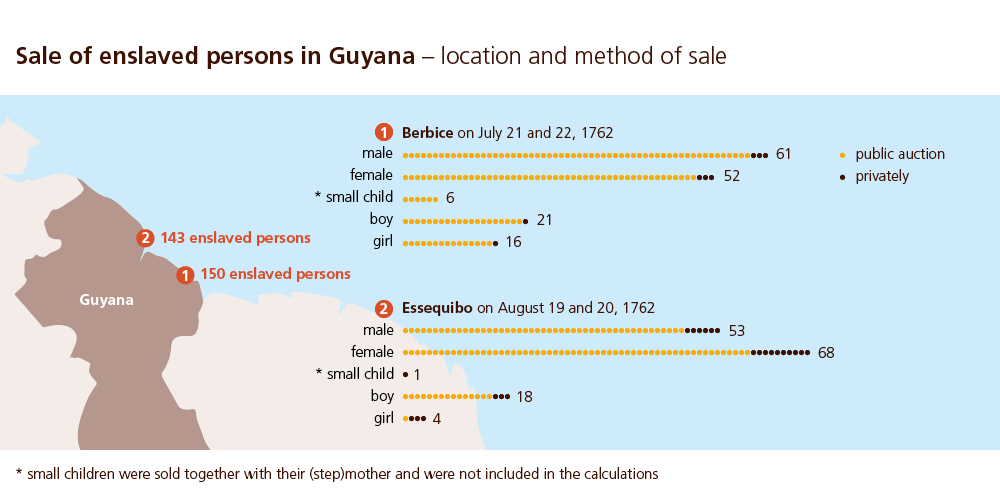 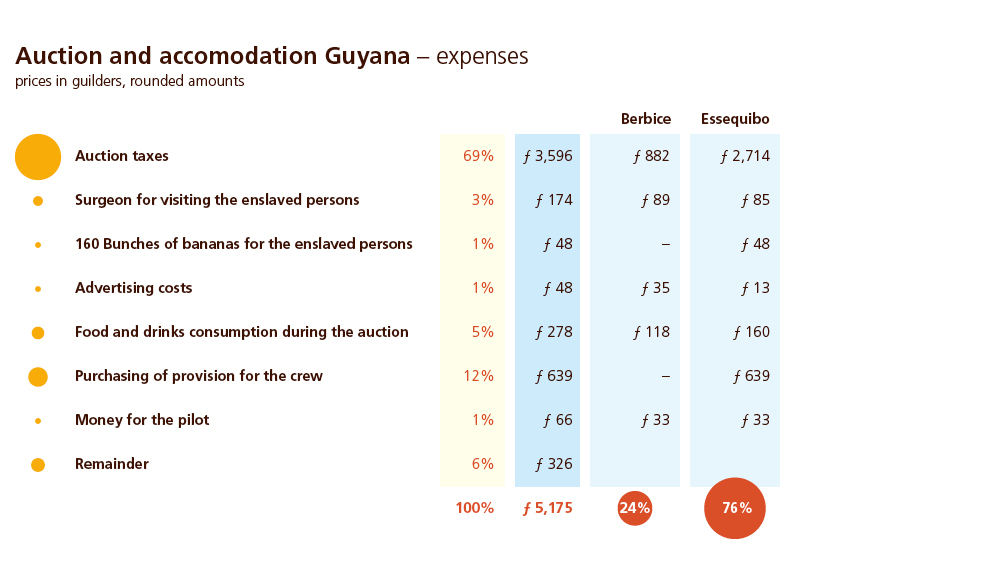 Which figures can be found in the MCC archives concerning the enslaved Africans of The Unity? Below are a few figures summarizing:

The Africans who had survived the transatlantic crossing, had all spent a long period of imprisonment on board The Unity. The duration of the stay on board depended on where in Africa they had been bought, and where they had subsequently been sold in the Caribbean. If the first bought enslaved person (December 9, 1761, Liberia) would have been sold at the last auction (August 20, 1762, Essequibo), he would have been on board for 254 days, more than 8 months. However, we do not know if this first bought enslaved man survived the voyage, nor do the archives provide any information on the identity of the Africans.

Even the last bought enslaved African would have been imprisoned on board for 82 days, almost three months, upon sale in Guyana – assuming he survived the voyage. 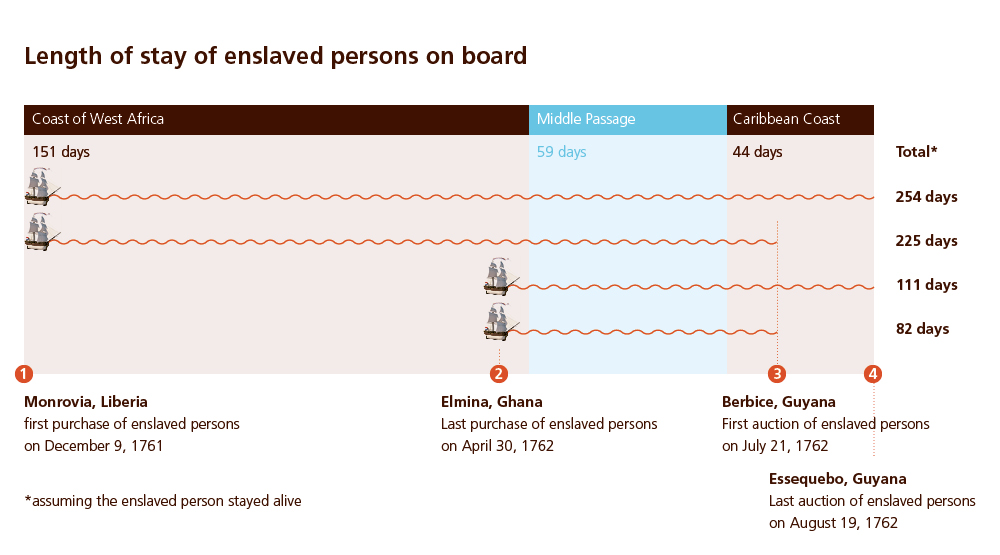 A total of 326 people were bought on the African coast, of which 293 remained alive. They were sold in the Berbice and Essequibo colonies, now part of Guyana. The most dangerous stage of the voyage was by far the trans-Atlantic crossing. During this relatively short period, the largest number of Africans died. In the table below, children below the age of 13 are not included.

Virtually invisible among the archive documents of the voyage of The Unity are the small children brought, or sometimes even born, on board. The category ‘small children’ includes children up to the age of 13. They were not mentioned in the trade book because they did possess economic value – and were therefore literally of no value for the company. It is only through short notes in the first mate’s logbook and the final survey of the auctions that small children were indeed on board the ship.

Thanks to the journal kept by the surgeon of The Unity causes of death can be deduced. In case of a “drowning” of an enslaved person, this person drowned when trying to escape or committed suicide. Crew members often drowned as a result of an accident. In the table below, children below the age of 13 are not included.

Origin and Destination of Enslaved Africans

The Africans on board The Unity were all bought in West-Africa, along a coastal strip of over 1100 km, lying between Monrovia, Liberia and Elmina, Ghana. It is impossible to find out where they each came from originally. Some of them may have already spent months imprisoned on the coast, while others had probably traveled in from regions far up north. All the enslaved Africans were sold in Guyana, in the Caribbean. About half of them were sold to plantation owners there. 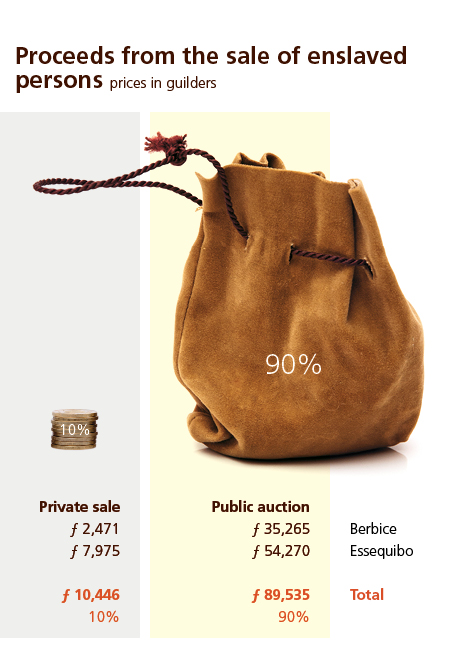 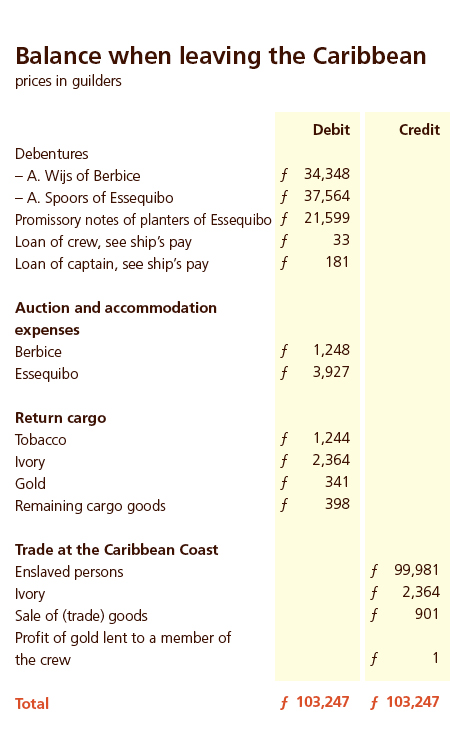