The directors of the MCC had given the captain of the Unity a clear assignment: buy as many Africans as possible at the lowest possible price.

In the instructions of the directors captain Menkenveld could read that he had to trade at the Windward Coast as much as possible. He should then try his luck in an adjacent area: the Ivory Coast. After which he was allowed to sail till Cape Three Points at the Gold Coast and as much farther as needed. Indeed, the Unity would sail down the coast a little further, until Elmina. There the last enslaved Africans were purchased.

The captain and his first mate recorded the trading results in the trade book. Based on these date it becomes clear why the captain had to trade at the Windward Coast as long as possible. 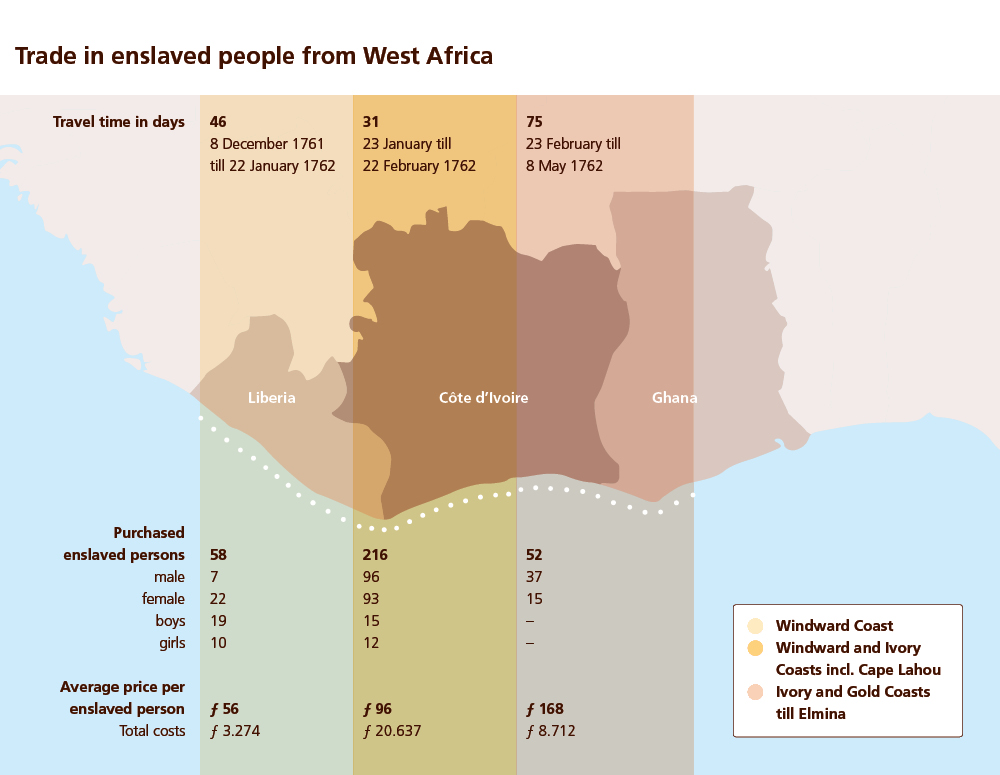 The above infographic shows that the majority of the enslaved Africans were bought during the second part of the voyage along the coast of Africa. In Grand-Lahou, Côte d’Ivoire, a record number of human beings where bought in just two weeks time: 172 men, women, boys and girls. 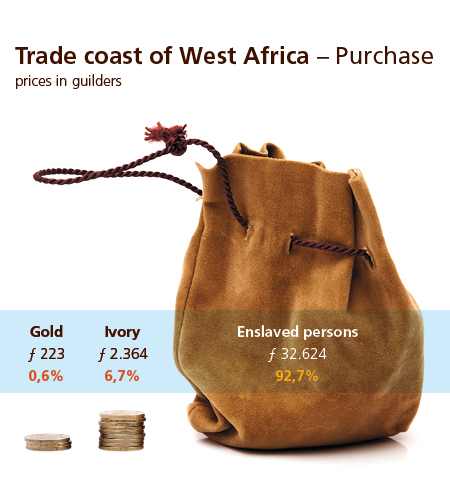 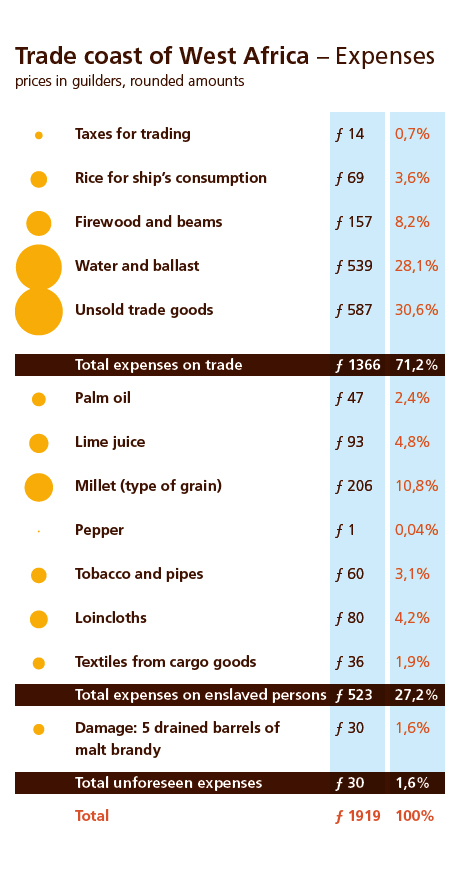 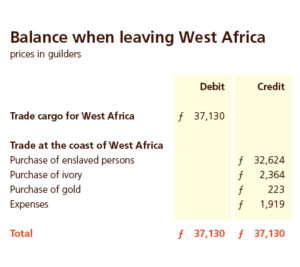