The delivery of the return cargo was awaited in the Demerara River. The Demerara Colony was a part of the Essequibo Colony.  On October 25, 1762, The Unity began sailing down the Essequibo River. On October 31, the pilot guessed the ship to be near the mouth of the river – the next day, November 1, the ship passed the watch post at the river mouth, and anchored a little further up. Here it would remain for a long time.

While the ship stayed in Demerara, captain Menkenveld spent most of his time ashore. On November 4, he left for Essequibo with a tent boat. He would not return on board until December 17, 1762, when the ship was ready to depart.

Much of the maintenance had already been done in Esssequibo, so during the six week stay in Demerary the crew had little to do. First Mate Daniël Pruijmelaar occastionally records that the crew had aired the sails, or cut some firewood.

The anchor ropes also needed constant repairs. They were completely worn. On October 29, when The Unity was still in Essequibo, the rope of the flood anchor broke. The rope was taken out of the anchor, turned around and tied again. Then the rope broke again on November 17. On December 2 the rope of another anchor broke, the kedge anchor – and again on December 6 and 12. Because December 12 marked the third time it broke, the anchor was hauled on board and discarded.

It remains unclear what else the crew was doing at this time. It seems that the crew spent the six weeks in Demerara mostly waiting.

Two Spanish sailors of The Unity had decided to desert. When Anthonie Colombo and Alonso Madroes were sent out to cut firewood with two others, on November 1762, they ran off.

“Today 2 of the sailors who had gone to the forest to cut wood ran away, one named Anthonij Colombo, the other Alonse Madroes, both from Spain.”

Twelve days later, on November 28, Alonso Madroes returned to The Unity. He said he had lost his mate when they got lost while wandering through the woods at night. The ship’s council came together, and decided to take Alonso Madroes back to Middelburg, because they did not want to leave a ‘rogue’ behind in the colonies. His earned wages were forfeited.

On December 17, 1762 a new sailor arrived on board. This was Johannes van de Putte, who had served on the ship De Spoorse Galij of Adriaan Spoors. This ship had been taken out of service, and the sailor wished to return hom. In exchange for working on board, he received food and accommodation, and could sail to Middelburg.

On December 16 first mate Pruijmelaar wrote in his logbook that captain Menkenveld had gone to the plantation of commander Bercheijk in order to close the letter bag. A letter bag was literally a bag full of letters. This was the method used by inhabitants of het colonies to send letters to the Netherlands. The letter bag was sealed, so that the letters could not be read by the crew of the ship.

In the weeks prior to departure the water barrels on board were filled with drinking water. On December 16, 1762, The Unity began sailing down the Demerara river. On December 17 captain Menkenveld came back on board, together with the pilot. The next day the pilot left and the ship continued across the ocean. Sea navigation was again employed from December 19 onwards. 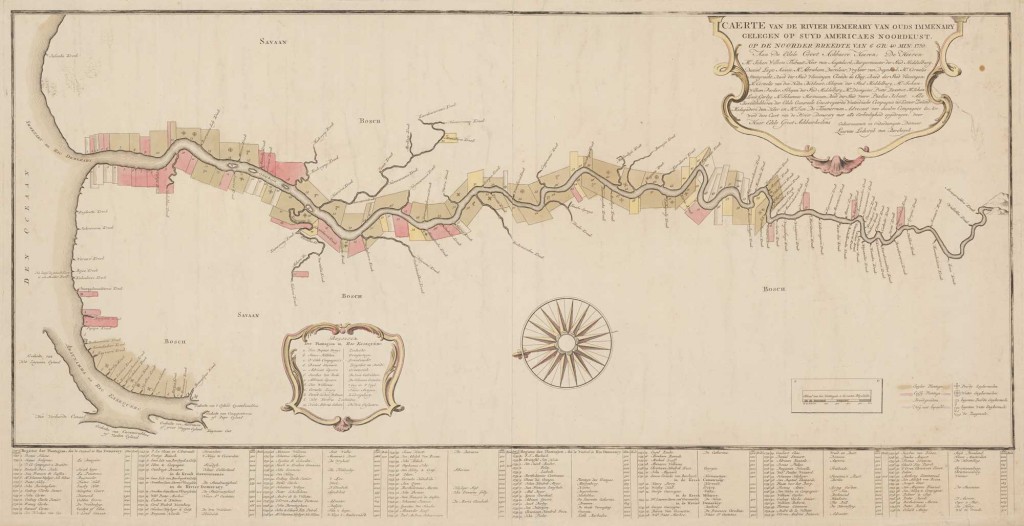 Demerara
Map of the Demerara Colony, part of the Essequibo Colony, dedicated to the governors of the West-Indian Company (WIC) Zeeland chamber. Engraving by Laurens Lodewijk of Bercheyk, 1759, 51×102 cm. Zeeland Archives, Maps of Zeeland, inv.nr 2082. 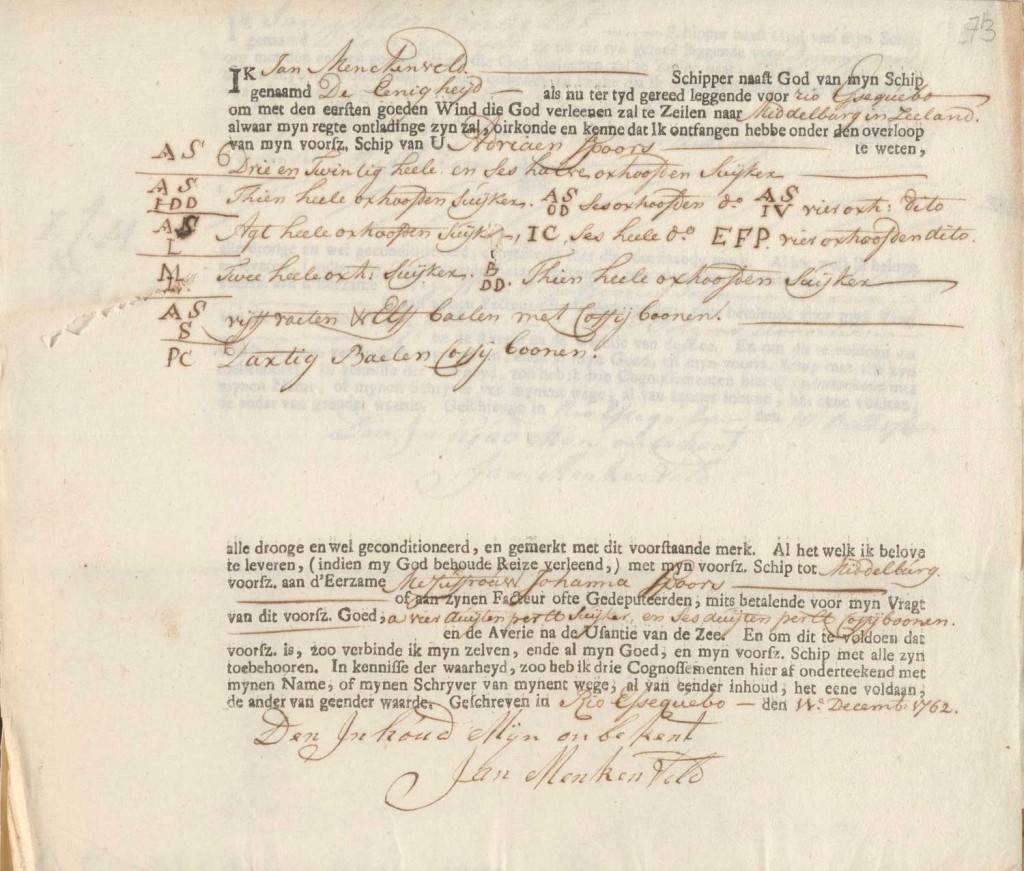 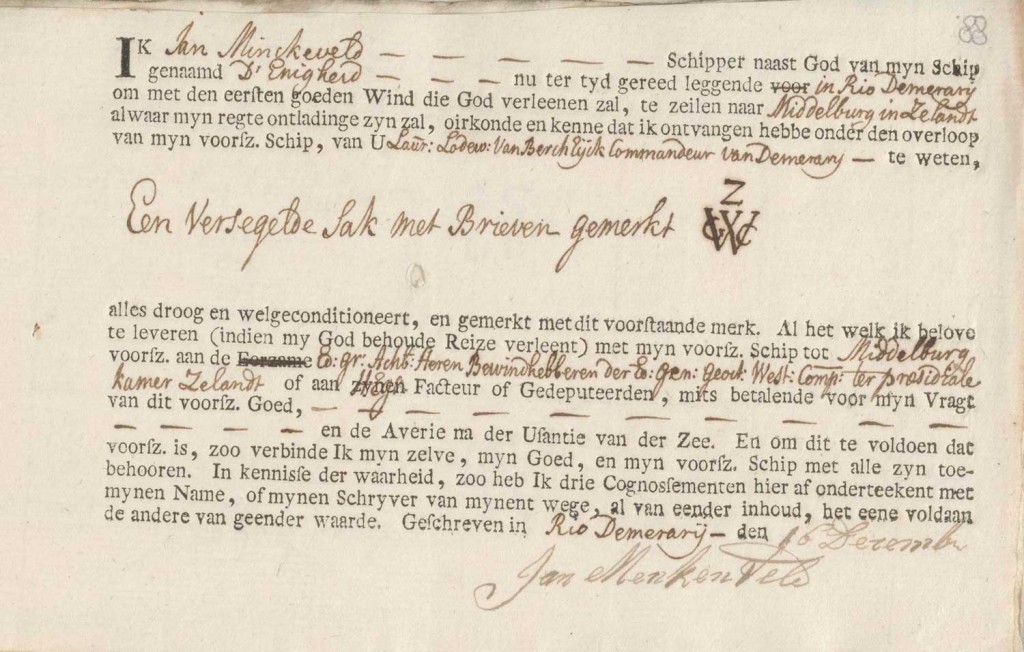