The MCC Archives contain a total of 114 triangular slave voyages. The Zeeland Archives purposefully chose the third voyage of The Unity.

The presence of the surgeon’s journal was an important reason for choosing to bring this specific voyage back to life. Of the 114 slave voyages in the MCC Archives, only six still possess their surgeon’s journals. Excepting the journal of The Unity’s third voyage, inventory number 390, the other five can be found at numbers: 292, 435, 868, 1410 and 1418. Only two of these journals include extensive descriptions of the sicknesses.

Another factor taken into consideration was the time period during which the voyage was made: one of the two voyages was conducted during the heyday of the MCC slave trade. A third condition was that the voyage should have been completed; many of the voyages were aborted prematurely.

In many respects, the voyage of The Unity is representative of the triangular slave voyages of the MCC. This includes factors such as the length of the voyage, the mortality rate among the enslaved Africans and the net profit. The Unity does differ regarding its destination: it is the only voyage which sailed to Guyana’s three regions (Berbice, Essequibo and Demerary) without also visiting Suriname. Most of the MCC’s other voyages were destined for Suriname.

With regard to the archive documents, it is unusual that the first mate kept the logbook The Unity. Usually this was done by the captain. Also unique is the presence of the elaborate surgeon’s journal. 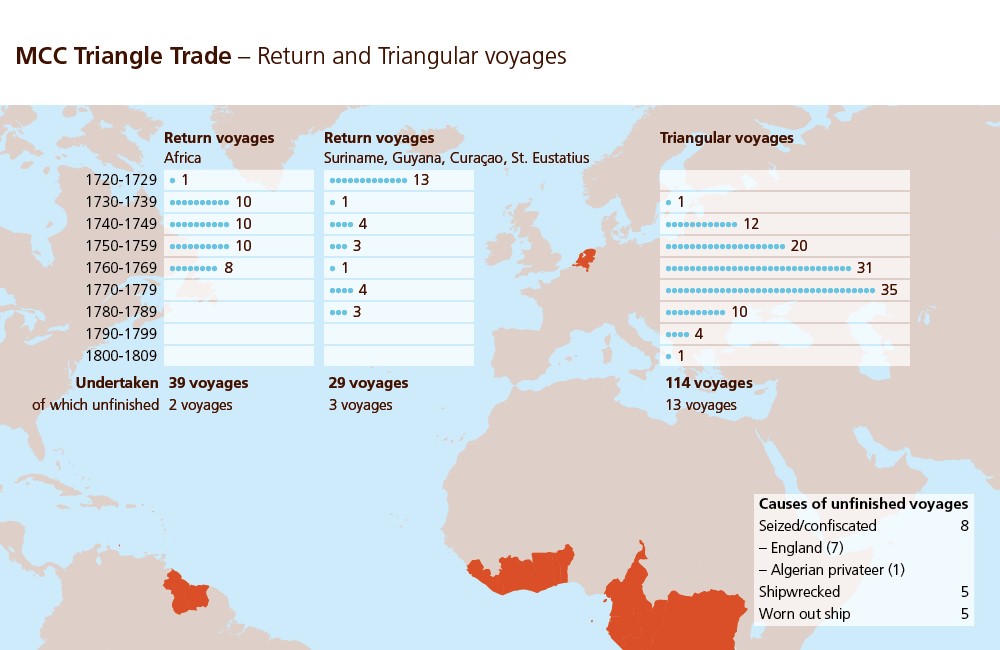