The archival documents can tell us a lot about The Unity, but not everything. What did The Unity actually look like? Where exactly were the enslaved Africans held on board? The Zeeland Archives have commissioned a three-dimensional model using information from the archival documents and other sources. The results show that the available space for the enslaved Africans was incredibly limited. A voyage such as that of The Unity would be unimaginable in our time.

In order to create this reconstruction of The Unity information was gathered from a variety of sources: the archives of the Middelburgse Commercie Compagnie (MCC), valuable help from ship’s carpenter Jaap Luiting, and data extracted from existing literature on the MCC, ship’s models, prints, drawings and paintings. Another important source were the 18th century drawings of a very similar French ship. The 3D-drawing was created by DPI Animation House in The Hague.

The result is a 3D model which vividly shows how very cramped the slave quarters were. It also shows the exact location of the enslaved Africans on board, and various crucial modifications which the ship underwent to be able to transport them. The model does not aim at complete accuracy, but does give a good visual indication. The ship in motion can be watched in the following animation.

Measurements of that time consisted of ‘feet’ and ‘thumbs’, similar to inches, the length of which differed per province, area, and even city. Fortunately the records of The Unity note that Amsterdam measurements were used. The units of measurement of The Unity:

The basic measurements of the ship do not give a lot of information on the curve of the hull. The collection of the Nautical Museum in Amsterdam contains a drawing of the truss piece of an 18th century snow ship similar in size and age. Data from this drawing was used to construct the 3D-drawing of The Unity.

A Slaver From France

Another ship which was similar to The Unity is La Marie-Seraphique, from Nantes, France. Unique drawings have been preserved from this ship, which give a lot of insight into the internal construction of the ship. The data drawn from this source are similar to the guidelines of the Zeeland ship’s surgeon Gallandat. The drawings are part of the collection Musée d’Histoire de Nantes, Château des Ducs de Bretagne, Nantes, France.

After the Zeeland surgeon David Henri Gallandat (1732-1782) had completed several triangular voyages on board a ship from Flushing, the Netherlands, he wrote guidelines for the slave trade. The guide was published in 1769 in Flushing, and titled ‘Noodige onderrichtingen voor de slaafhandelaren’ (Necessary Instructions for Slave Traders). The aim of this guide was to ensure the most optimal transport of the human cargo to its destination: the health of the slaves was essential for maximizing profits.

“Most slave ships barely reach a length of 80 feet; a ship can therefore be divided into two sleeping areas.

For the reconstruction of The Unity other ship’s models, prints, drawings and paintings in Dutch museums were also used. An example of the latter category is a painting of MCC snow ships. This painting is part of the city hall collection of Middelburg, managed by the Zeeland Archives. The work is attributed to the Zeeland artist Engel Hoogerheyden (1740-1807) and an old label on the back tells us that the painted ships are MCC ships. This is confirmed by the names of the three ships which remain readable: the Nieuwe Hoop (The New Hope), the Vigilantie (The Vigilance) and the Eenigheid (The Unity). This last ship is painted on the background of the painting, to the very right of it. 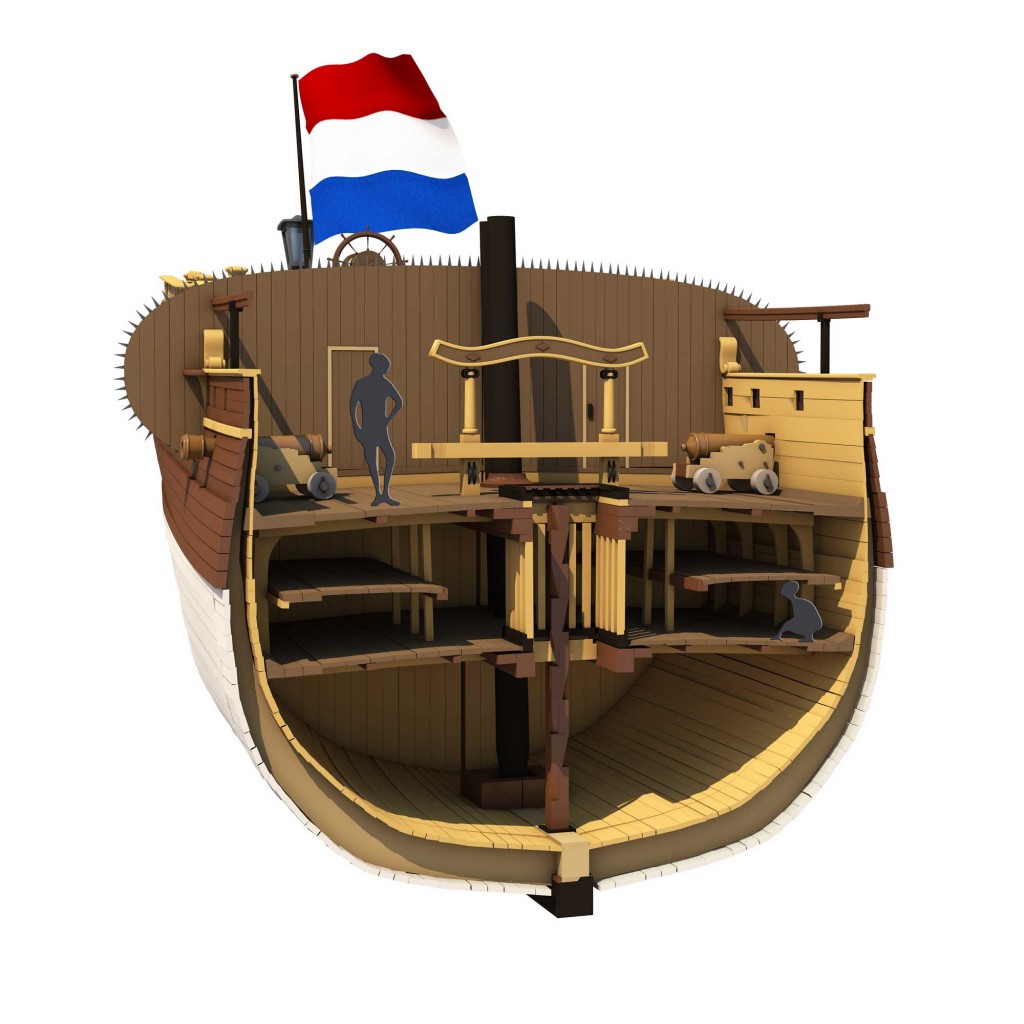 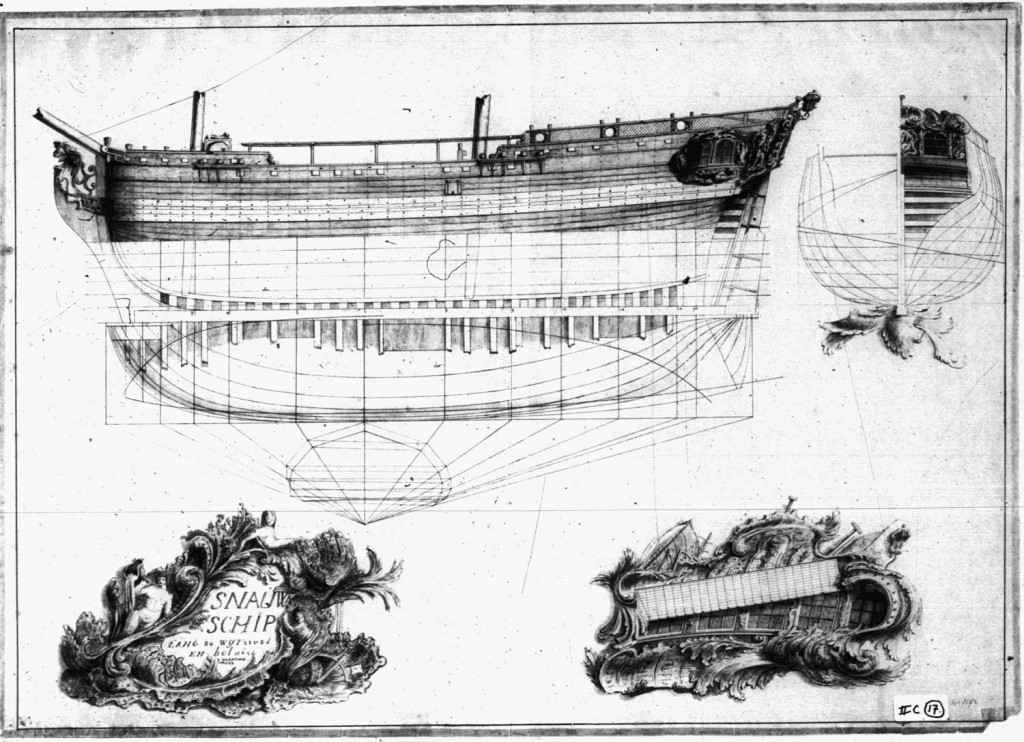 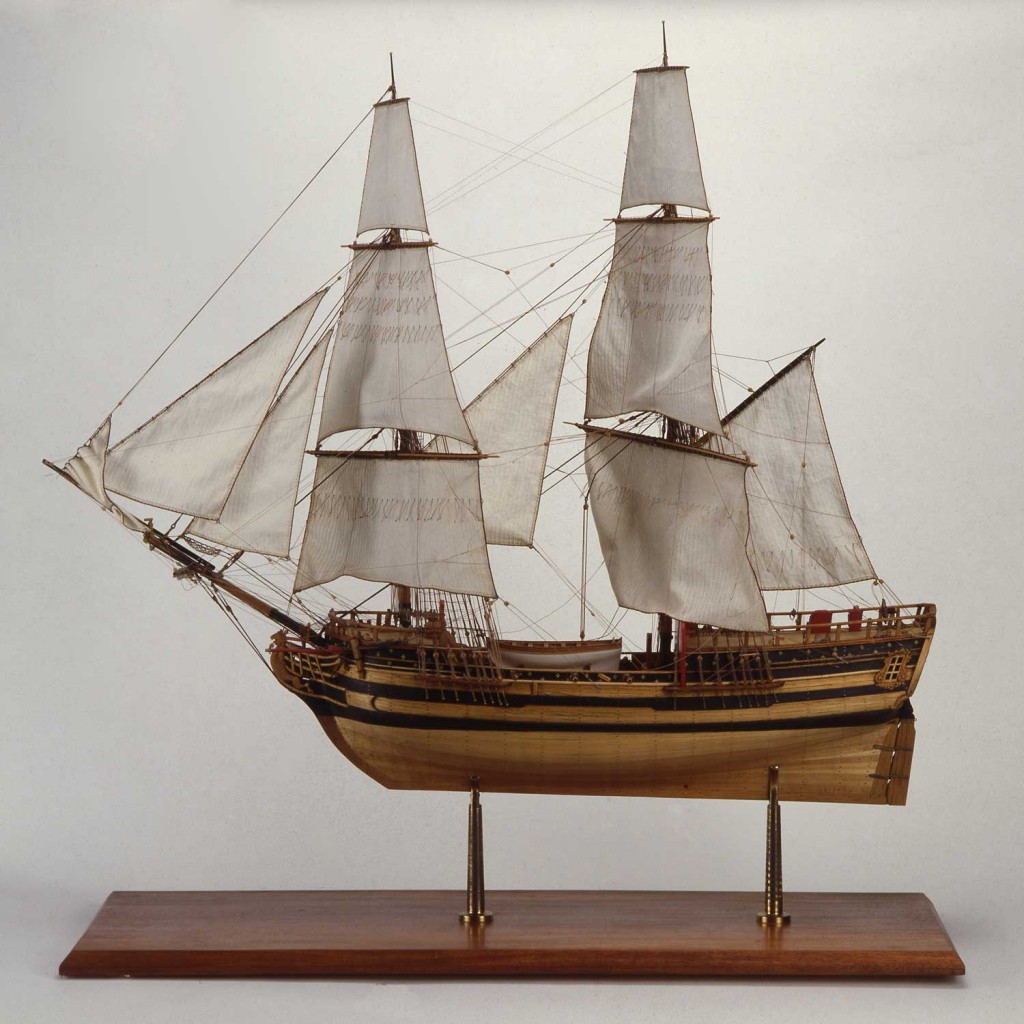 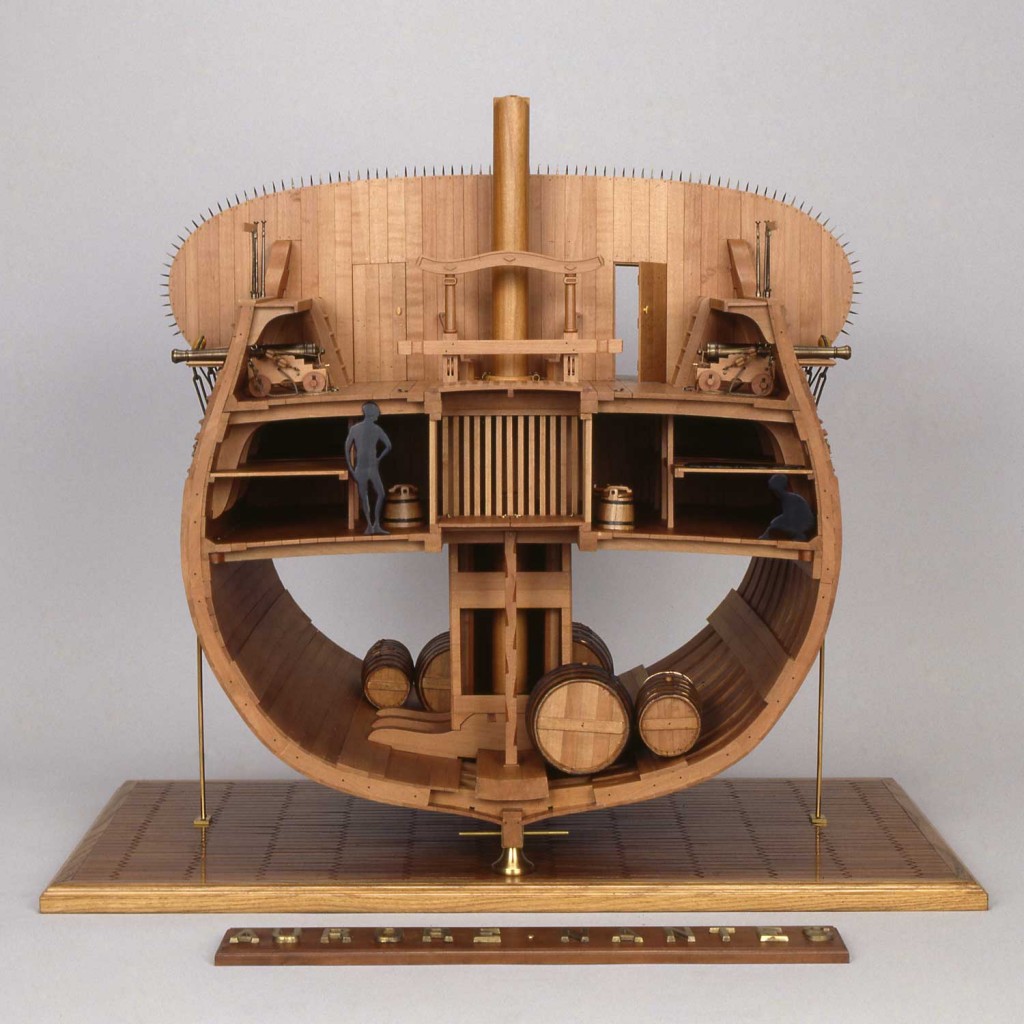 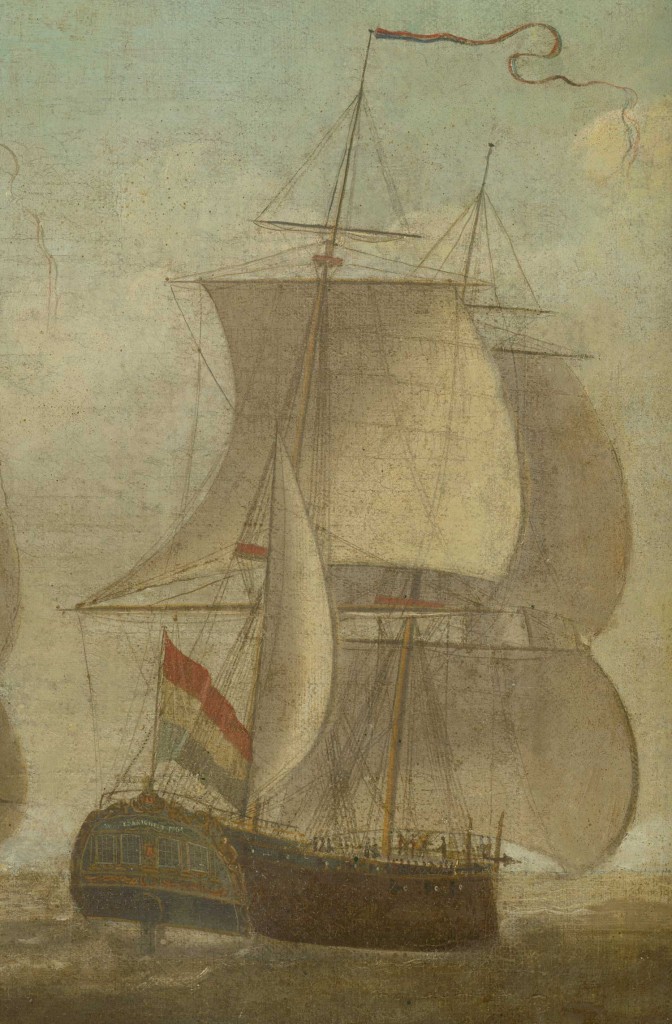