The voyage of the ship The Unity begins October 1, 1761. During the voyage daily reports are made of the events on board. Below you can read more about:

After opening a speech bubble with date and location, the daily account page opens. The background color of the report page is brown or blue. The color refers to the way in which the first mate has determined the position of the ship; using coastal or sea navigation. See voyage on the map. To return to the map, close the daily account by clicking on the cross at the top right of the account.

The report of the day varies in composition, with the exception of the log kept daily by the chief mate. The different senders have their own tab page with symbol. The page can be opened by clicking on the symbol.

The various authors and records consist of:

Logbook of the first mate – symbol: compass. Each day the contribution of the first mate, as noted down in the logbook, is shown. First mate Daniël Pruijmelaar writes down the position, the course, weather, reparations done on board, trade activities and any unusual circumstances which merit attention.

Journal of the surgeon – symbol: the rod of Ascelpius. Surgeon Petrus Couperus made a report at the end of the trip. This archive document provides information per patient about the clinical picture, the medicines administered and the course of the disease. Couperus was a master surgeon, he was assisted by surgeon’s mate Louis Bernard.

Trade – symbol: barrel. The captain and chief mate are jointly responsible for the ship’s trade and are expected to keep the commercial book together. The trade book lists every trade transaction. This archive document provides information about buying and selling of people, paying taxes to trade, and purchasing ivory, gold, firewood, rice, and water.

Auction – symbol: auction hammer. A few enslaved Africans were sold privately, without an auction master as mediator, but most were sold via auctions. The information noted down at auctions included the person (male, female, female with child, boy, or girl), the price and the name of the buyer, or the plantation.

Captain’s Letter – symbol: steering wheel. The captain is obliged to keep his employer in Middelburg informed. He does this by letter. The letters tell the story of the journey in a nutshell – from an economic perspective. These records provide information about trade: which exchange goods are in high demand, where many Africans can be bought, what is the situation on the coast of West Africa, what about competition?

Directors – symbol: open book. The directors of the MCC meet regularly. They also send letters to correspondents in overseas areas. When these records mention the Unity ship, the relevant information is included in the report of the day.

Correspondents – symbol: letter. The directors of the MCC have a large network of correspondents in Europe, Africa, the Caribbean and North America. They corresponded by letter. This archive document provides information about on-site trade.

Context – symbol: newspaper. When a crew member dies, his possessions are auctioned on board, often on the day of death. Even when crew members desert, their belongings are sold this way. The proceeds benefited the next of kin in the first case, and the MCC in the second. When relevant information from sources other than the MCC archive is available, it is also provided. Think for example of newspaper reports.

Notary – symbol: seal. Notaries play a modest but important role in the journey of the Unity. The notarial deeds that they draw up for the captain and his crew members are given in this blog.

To make the blog posts more searchable and findable, a ‘tag’ can be entered below the report of the day. A response can also be left. See adding tags or leaving comments.

It is possible to travel through time by dragging the orange marker in the timeline at the bottom of the screen. To go back or forward one day, click left or right of the marker respectively. A transatlantic journey with enslaved people lasted an average of a year and a half and that is also the case with the journey of the Unity. The journey begins October 1, 1761 and ends March 25, 1763. 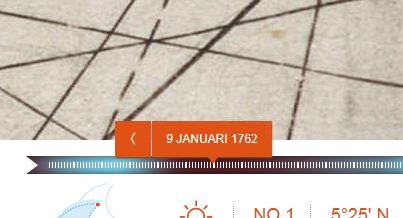 Below the timeline is the dashboard with information about that day: the weather, the position of the ship, the distance traveled in nautical miles and in kilometers, and the number of crew and prisoners on board. 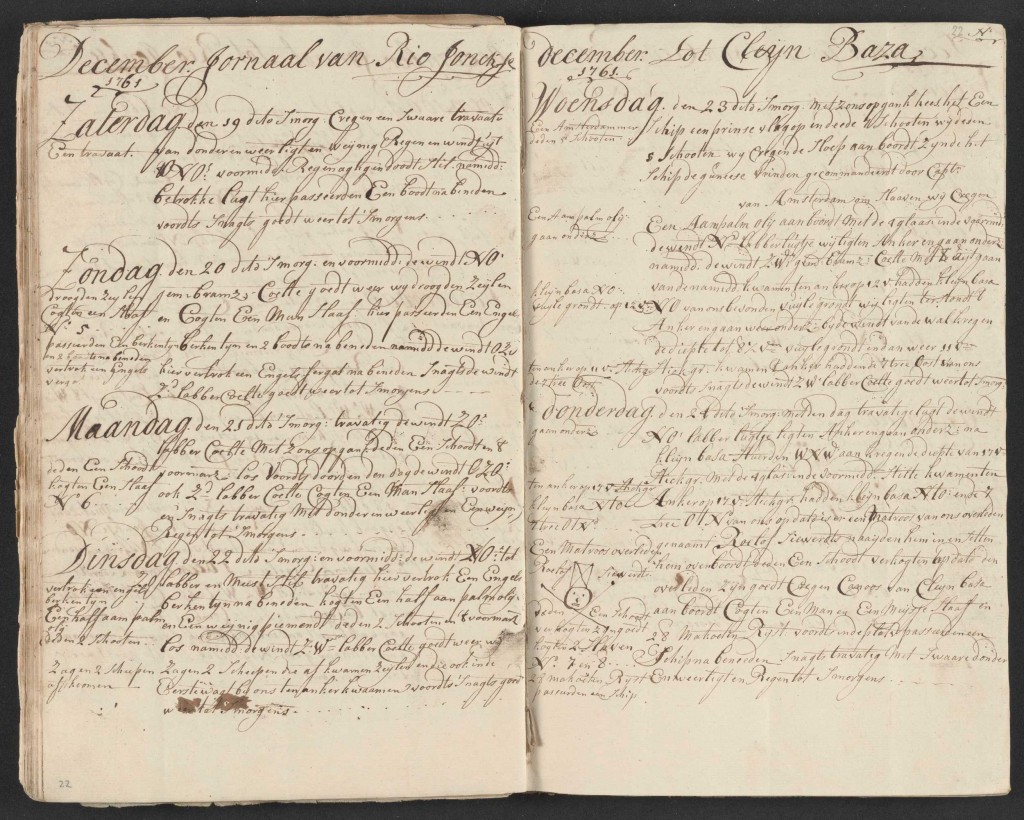 Logbook of the first mate, pages opened at 19 – 24 December 1761.
Volunteers from the Zeeland Archives have transcribed all texts. Students have translated all transcripts into modern English. 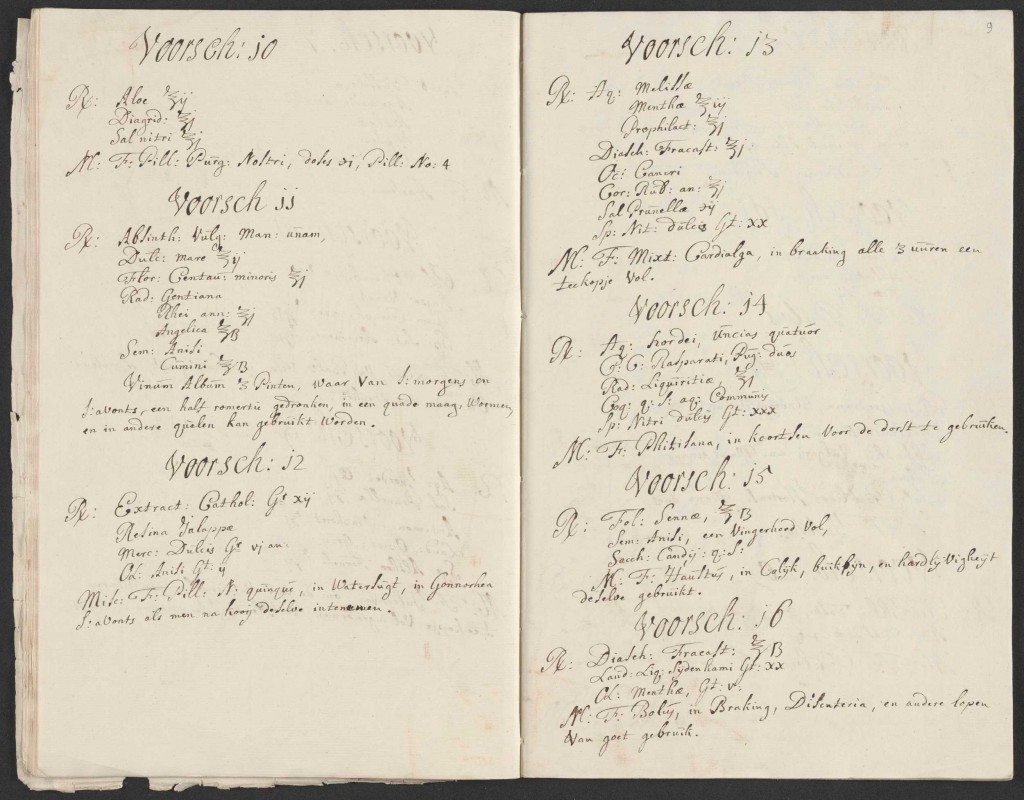 Journal of the surgeon or supreme master, opened on a page with drug prescriptions.
Volunteers from the Zeeland Archives have transcribed all texts. Students have translated all transcripts into modern English. 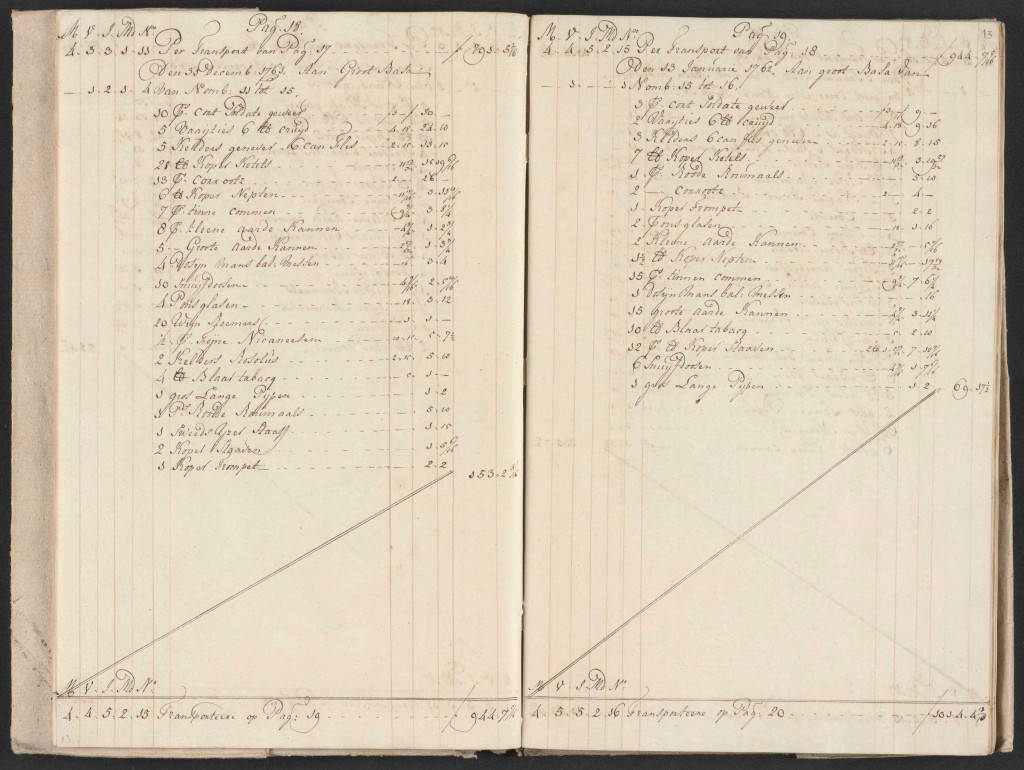 The trading book of the ship The Unity, opened up to two trading transactions in which people were exchanged for goods.
Volunteers from the Zeeland Archives have transcribed all texts. Students have translated all transcripts into modern English. 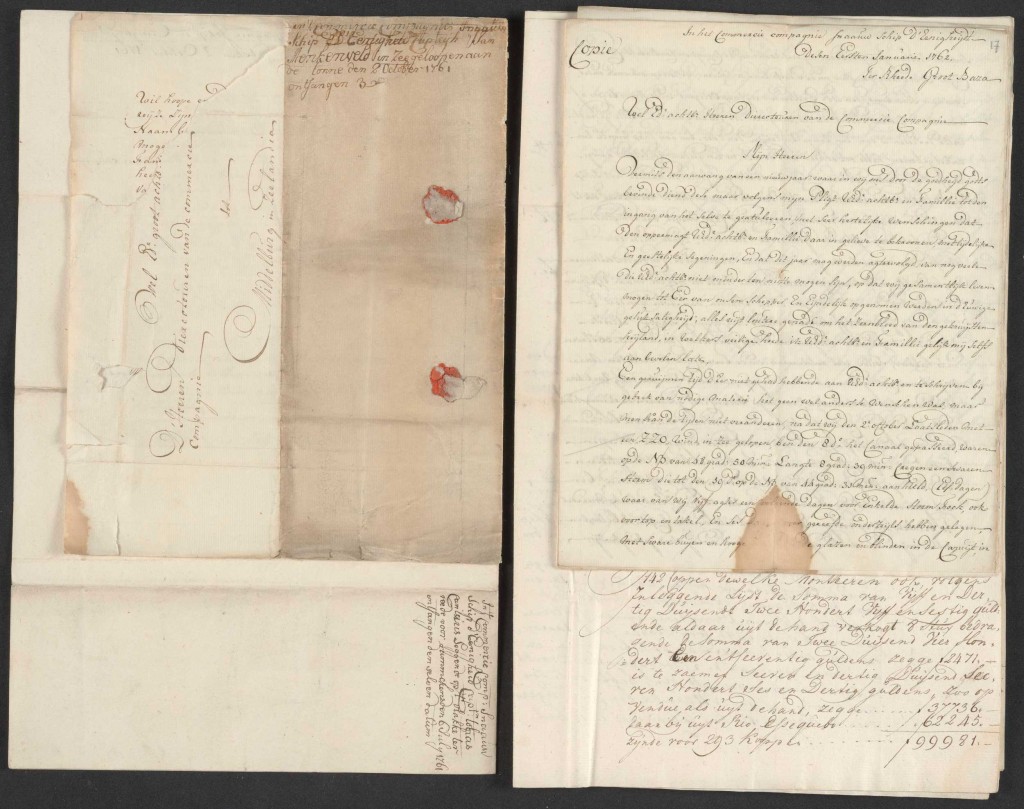 Letters from the captain, right a letter dated January 2, 1762.
Volunteers from the Zeeland Archives have transcribed all texts. Students have translated all transcripts into modern English.